TotalEnergies EP Norge AS is involved in exploration and production of oil and gas on the Norwegian Continental Shelf.

TotalEnergies is a global, integrated energy player committed to supplying affordable energy to a growing population, addressing climate change and meeting new customer expectations. With operations in more than 130 countries worldwide, the TotalEnergies Group is a leading oil and gas company and a major player in low-carbon energy.

The Company has been present in Norway for more than 50 years and has its office in Stavanger. We are committed to the Norwegian Continental Shelf. Our history in Norway started in 1965. The merger of TotalEnergies, Fina and Elf in 1999 made TotalEnergies EP Norge AS one of the biggest and strongest players in Norway.

The company is responsible for TotalEnergies’ exploration and production activities in Norway. In 2018, the oil and gas production from our Norwegian producing assets represented approximately 8% of the annual production from Total’s global E&P business.

TotalEnergies continues to be a significant player and has a long-term perspective on our activities in Norway. During March/April 2018, closing took place of TotalEnergies’ global acquisition of Maersk Oil (announced in  August 2017) as well as the divestment of Martin Linge and Garantiana on the NCS to Equinor (announced in November 2017). As a result of these two main transactions, the Company will mainly have production from assets operated by others in the years to come. We have around 125 employees including staff which is expatriated to the affiliate.

The Maersk Oil acquisition added a participating interest of 8.44% in the Johan Sverdrup field to the Company’s portfolio. This giant field will, from its planned production start-up in November 2019, significantly strengthen and prolong the output from our producing assets in Norway. In 2018, the average production was 211,000 barrels of oil equivalents per day.

TotalEnergies EP Norge AS uses suppliers that conduct their activities in accordance with our HSE, ethics and social responsibility standards.

You want to find a specific product or learn more about our activities? Discover business websites and other websites 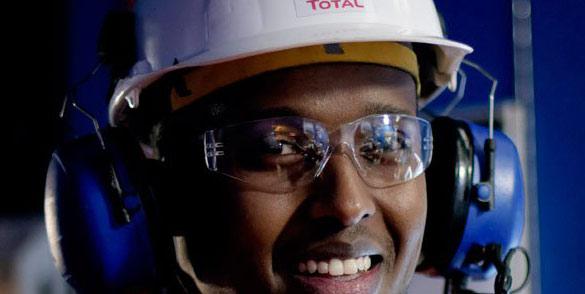 TotalEnergies puts Corporate Social Responsability at the heart of its activities and conducts the operations according to key principles.